hide
hide
No announcements have been posted yet for Simcoe Braves. 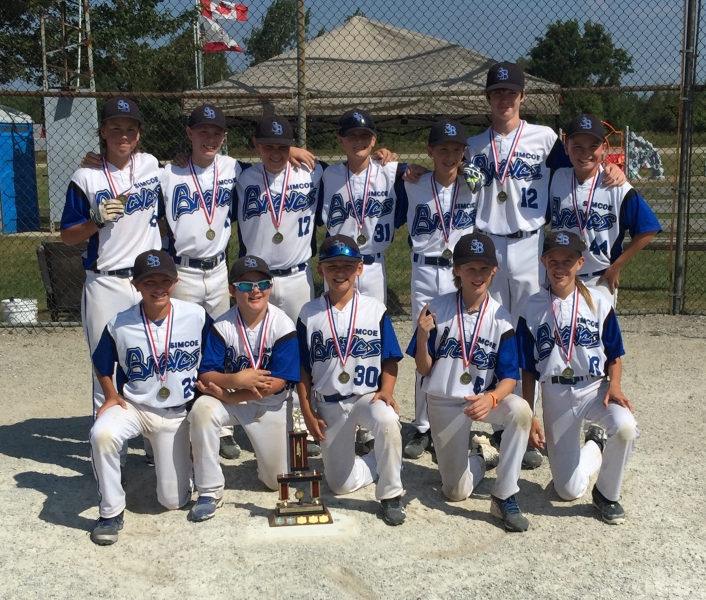 This past weekend the Simcoe Braves won the U14 B division of the North Waterloo league. The Braves opened the tournament with a 13-1 win over the Innerkip Eagles followed by a 6-3 win over the Springfield Brewers. These 2 wins sent the Braves to the finals with a double life.
In the Finals the Braves faced Springfield again and fell behind 6-1 early. The Braves would rally back and eventually tie the game in the 7th inning and send it to extra innings. The Braves held the Brewers in the top of the 8th and Aiden Cloet hit a walk off single to score Max Jolley for the win! 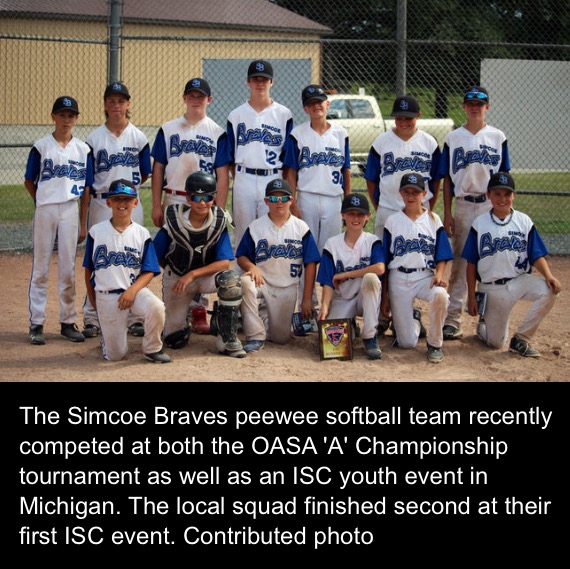 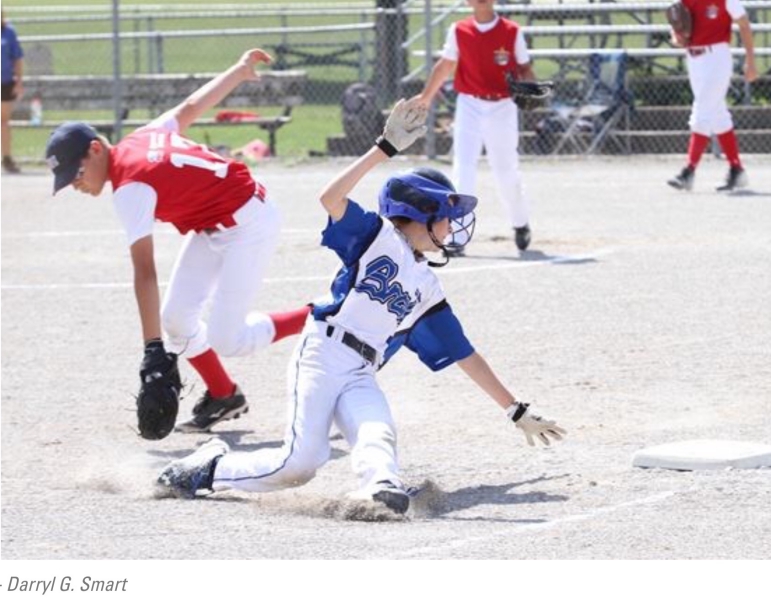 The Simcoe Braves fastball team were trying to get themselves sharp over the weekend.

The Braves hosted a mini tournament in Waterford on Saturday and went 2-2.

The Braves were tuning up for their first appearance at the International Softball Conference championships that take place this weekend in Saginaw, Mich. 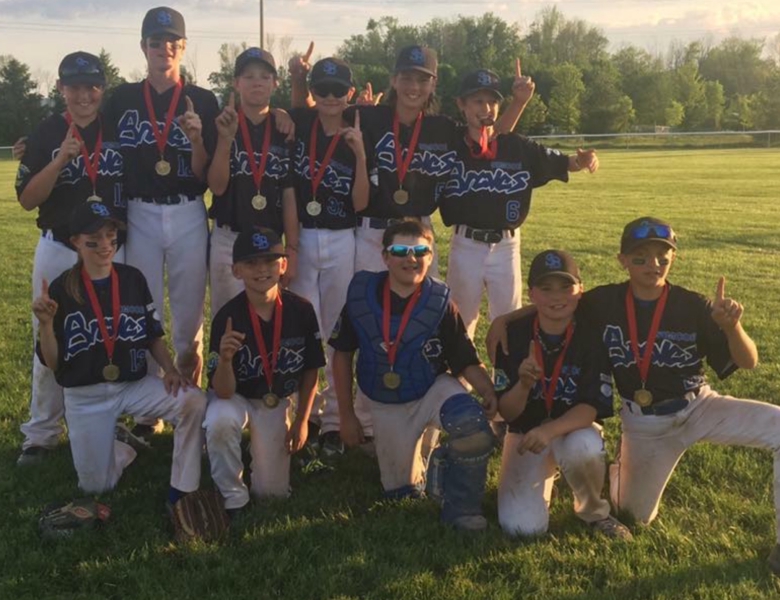 The Simcoe Braves went 3-1 to win the B division in Stratford Pee Wee Tournament? The Braves opened the tournament with a tough loss to Shallow Lake but followed that up with wins against Oshawa and Paris to earn a spot in the B finals against the St Thomas Steam. Pitcher Nolan Myers went a complete game striking out 8 while the Braves bats came alive scoring 10 runs for a 10-5 win The Braves are now 1 game below .500 and return to action Thursday night against the Ayr Jr Vic’s game time is 8:00 in Waterford. 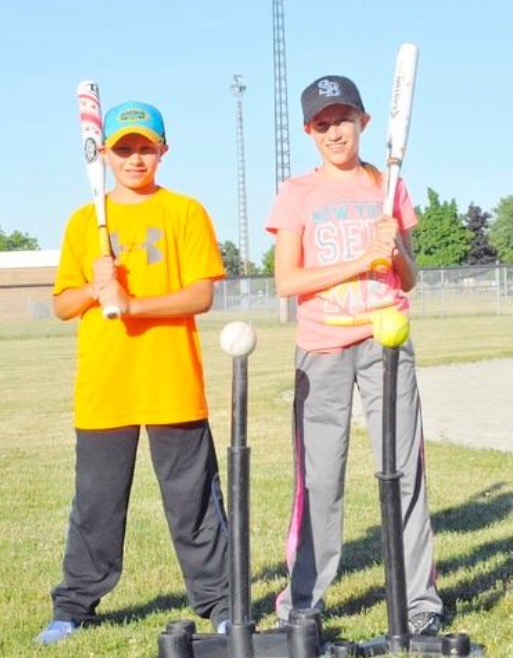 First-year teams are supposed to struggle.

It’s almost a rule in all sports that the newcomers will reside exclusively at the bottom of the standings.

The Simcoe Braves softball team – a group of youngsters from across Norfolk County – are doing away with that logic.

Simcoe is currently 4-0 in regular season play, and all but one of the contests have been blowouts. Not bad for the new kids on the block, or diamond in this case.

“I think the key is all the hard work that the kids put in over the winter. We started in January in the gym with a sport these kids had never played before – it’s similar to baseball but it’s dramatically different,” said Braves head coach Adam Walker. “A lot of that hard work they put in is really paying off when we’re playing against some of these teams.”

It helped that much of the squad had varying levels of experience in the hardball stream before switching to softball, which features a smaller diamond and sees pitchers throw underhand, also known as ‘windmill’. Most of the parents enrolling their kids come from a softball background as well.

“I think when we started off we were mostly worried about pitching but our pitching has come a long way. Our hitting has come around (too),” said infielder Mikey Walker, a Simcoe native, during practice in Waterford on Tuesday.

With bases 50 feet apart (versus 70 feet in hardball) and pitches coming from just 35 feet away, each play tends to take place in the blink of an eye.

“Our coaches have really helped us adjust to the game with practices, our hitting, pitching – they run solid practices every time.”

Not only are Walker and fellow coach Shawna Cloet passing along their knowledge of the game, a few high-ranking area residents are also doing their part. Port Dover residents Dave Bourne and George Ryder, both longtime members of Softball Canada, have attended practices to lend a hand. Port Dover Minor Softball president Peter Timpf made sure the Braves had all the gym time they needed during the off-season.

“It’s unbelievable. I’ve been involved in a lot of sports and the softball community has got to be one of the best,” Adam Walker said.

The scary thing for Simcoe’s opponents is that even more help is on the way. Back in 2012, Walker coached the Jarvis Huskers, a senior woman’s team that hosted the Canadian Championships. A few members of that roster have already committed to helping the Braves out when they return home for the summer.

“These are girls that are playing on national teams and top level softball that are willing to help out,” Adam Walker added. “The support, in general, has been absolutely incredible.”